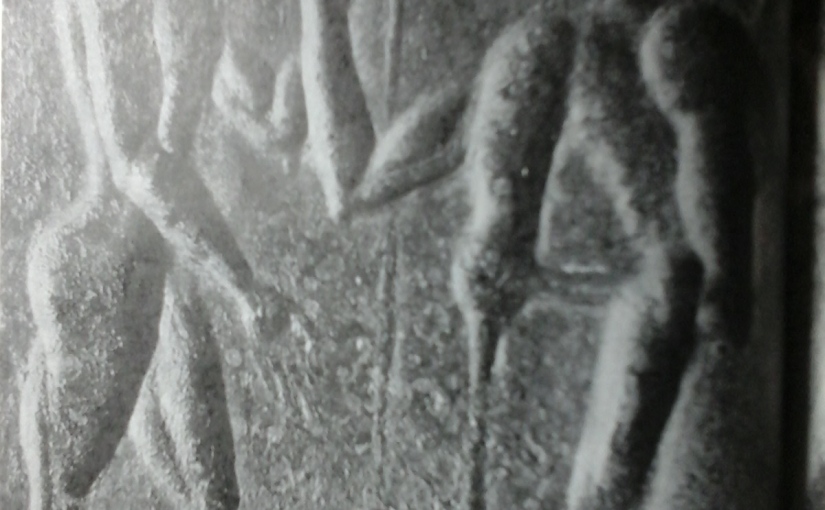 The Invention of Writing and the Earliest Literatures

“Literature” comes from Latin for “letters.” Before writing, people told stories and sang songs. Preliterate societies had different intellectual values from us. They tended to enjoy stock phrases, traditional sayings, and proverbs; essential mechanisms by which cultural memory was preserved. Before writing, there was no such thing as an “author.” Storytellers echoed and manipulated old tales and passed on inherited wisdom. All oral storytelling is inevitably lost. Literacy did not take hold all at once. Early poets sometimes attempted to imitate oral gestures.

Writing was not originally invented to preserve literature. The earliest written documents contain administrative, commercial, legal and political, information. Mesopotamia, specifically in the area of the Tigris and Euphrates rivers, is where writing first developed (3300-2990 B.C.) Pictographic characters were inscribed on to wet clay tablets with pointed sticks. The bulk of the texts involve economics and  lists.  By 2800 B.C., scribes began to use the wedge-shaped end of stick to make marks rather than pictures: cuneiform (a wedge). By 2500 B.C., historical events and literature began to be written. The early Sumerian epic Gilgamesh was found on clay tablets. Still, this writing was not designed for the public; too complicated. The script could be written and read only by experts: scribes.

The Egyptians use hieroglyphics. The writing system that was destined to survive was developed by the Phoenicians. The script consisted of 22 simple signs for consonantal sounds. Through trade, the Phoenician script spread throughout the Mediterranean. It was easy to learn, but the absence of notation for the vowels made for ambiguity. Eventually, the signs for the vowels were invented by the Greeks.

Ancient Near Eastern and Mediterranean Cultures

The ancient world developed around natural resources using the strength of slaves.  (Unfortunately, injustice and exploitation were essential to cultural existence.) The first civilizations of the Mediterranean basin developed in two regions that were particularly receptive to agriculture and animal husbandry: the valley of the Nile, and the valleys of the Euphrates and Tigris rivers near modern Iraq. These were centers for the complicated administration of irrigated fields. Supported by the surplus the land produced, these areas became centers for culture, government, and religion. Then arose the Greeks, Hebrews, and the Romans; all distinct cultures. There was large-scale cultural exchange between these various peoples due to colonization, imperialism, and trade.

Most ancient cultures were polytheistic. Gods were often reinvented from one place to another. There are two exceptions to early polytheism: the Egyptian Great Hymn to the Aten and the Hebrew Bible. Morality and religion were not necessarily linked in the ancient world. Religious practice (orthopraxy) was more important than religious belief (orthodoxy). Religion involved a shared set of rituals and practices which united a community in shared activities such as festivals and song. Be wary of assuming that the stories about gods that appear in literary texts are necessarily a record of the religious beliefs of a whole culture.

Their origins are still a mystery. They were presumably a blend of native tribes and Indo-European invaders. The second millennium B.C. saw a brilliant culture in the Minoans on a large island of Crete, complete with enormous palaces. On mainland Greece there was also a rich culture with a writing system called Linear B, later destroyed by fire. The next few hundred years the Greeks were illiterate and they entered the Dark Ages. Then oral poetry evolved and we still have the Iliad and the Odyssey.

Eighth century B.C. Greece again became literate with the alphabet borrowed from the Phoenicians. The cities differed from each other in custom, dialect, and political constitution. They were rivals and fierce competitors. Seventh century B.C. treaties and political decrees were inscribed in stone and literary works written on rolls of paper made from Egyptian papyrus. In the sixth century B.C. the Persian Empire dominated the Near East and Mediterranean areas, eventually becoming the largest empire in the ancient world. The Persians developed a very sophisticated culture and assumed they would continue to dominate, but the Greeks (led by Athens and Sparta) managed to repel repeated Persian invasions. Free from the fear of foreign invasion, the Athenians produced their most important literary and cultural achievements. While Sparta was conservative and ruled by the few, Athens was democratic, although women and slaves could not vote. Athens was strong by sea and Sparta was strong by land; they fought the Persians together. When they no longer had Persia to fight, they turned against each other and fought for 27 years, ending with the total defeat of Athens.

In the 5th century B.C. Athenian democracy provided citizens with cultural and intellectual environments new to the ancient world. There was a breaking away from myth and a study of how the body works and how the environment contributes to health. New thinkers began to use their powers of observation. It was the dawning of prose literature in medicine, history and philosophy. Athenian theater became popular. Boys began to be educated in a new way. They studied the alphabet and the poems of Homer. Intellectuals immigrated to Athens and began to teach; public speaking was a serious subject. These “wisdom teachers” were called Sophists and taught astronomy, ethics, government, literary criticism and rhetoric. These new ways of teaching created a generation gap with the parents wishing for the old ways of thinking.

The most famous Sophist was Socrates. He was an Athenian citizen and charged no fee for teaching. He investigated ethics, politics and truth through “dialectics,” a method of question and answer. He believed in the possibility of true goodness. Socrates became the starting point for all later Western philosophy. After Athens was burned by Sparta, the Athenians later returned to democracy, but killed Socrates who had become viewed as a corrupting force.

Later, Philip of Macedon took over Greece, and his son Alexander inherited a powerful army and political control of all Greece. The Hellenistic age followed (323 B.C. to 146 B.C.) Due to Alexander’s achievements, Greek culture was spread far and wide: their architecture, geographers, gymnasiums, language, libraries, mathematics, poetry, sciences, and theaters. When Jesus of Nazareth became known he was recorded by the simple vernacular of Greek known as Koine.

Rome experienced a time of growth. By 201 B.C. they were a world power. Rome was never a democracy, but a complex political system known as a republic which was designed to prevent any single person or group from seizing total control. Romans saw conflict as deadly. They valued a sense of tradition, and a myth of old Roman virtue and integrity. They valued the custom of predecessors, duty, efficiency, industry, manly courage, seriousness, and strength through unity. They developed a legal code that formed the model for all later European and American law. They built baths with hot and cold water, sewers, and straight roads and aqueducts that would last two thousand years.

Roman poets often struggled with, or rejected, the moral codes of their society. Many artists were rebels. Romans conquered half the world before they began to write, then they borrowed wholesale from Greek originals. Still, Latin literature is original.

The institutions of the Roman city-state proved inadequate for world government. The second and first centuries B.C. were dominated by civil war between various factions vying for power. Augustus defeated Mark Antony and Cleopatra and claimed to be restoring the Republic. Instead, he assumed primary control of the state and became the first in a long line of Roman emperors. There followed a long period of Roman rule. Eventually the empire became too big to be run by one man, but left behind its legacy.

One thought on “Ancient Mediterranean and Near Eastern Literature”