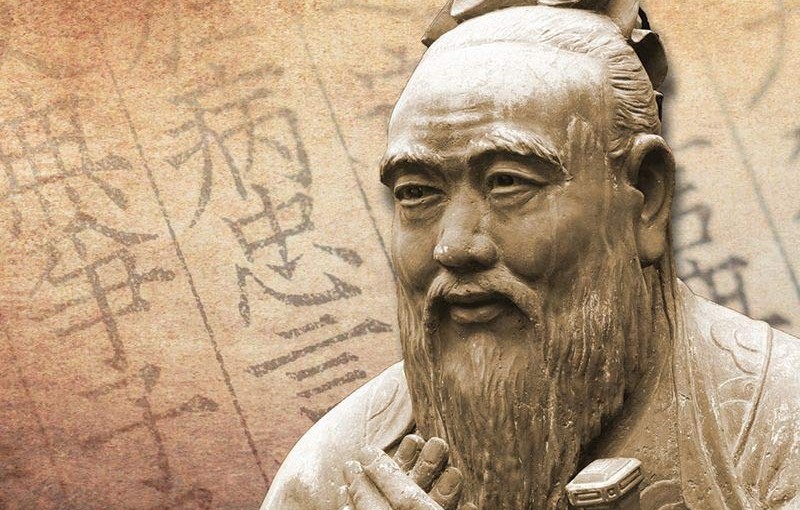 To this day there is virtually no aspect of East Asia on which Confucius and his ideas have not had some impact. He became well known only after his death. 350 years later, Confucian values became known and revered and became the basis for official Chinese state ideology during the Han Dynasty. He is a national icon for China’s venerable past. His works were critiqued vociferously during the 20th century.

Confucius came from the lower ranks of hereditary nobility. He left Lu and spent many years wandering from court to court in search of a ruler who would appreciate his talents and political vision. No leader ever took him on as a guide.

The Zhou Heritage and Confucius’s Innovation

Confucius’s philosophical vision brims with admiration for the values of the early Zhou rulers. Confucius admired 1) a concern for the people and enforcing wise policies 2) The Duke of Zhou who protected his nephew from rebellions and challenges to the newly founded dynasty and was an exemplary regent, with an eye to the welfare of the dynasty, not on his personal ambitions. In the Analects Confucius often sharply criticizes the irreverent behavior of the feudal lords toward the Zhou king and showcases their corruption to explain his vision of proper government. He built a new tradition. Political chaos could be avoided by returning to the moral values of the venerable founders of the Zhou Dynasty. There was an emphasis on the importance of social roles and rituals to reinforce existing hierarchies. Everyone has inner potential to find a meaningful place in society. We can read a group of texts like the “Confucian Classics” and apply them to life’s challenges. These works enabled people to better understand and take control of their lives. The works suggested following moral models, historical precedents and words of wisdom.

Diversity and Core Values in the Analects

The Analects is best translated as “Collected Sayings.” A collection of brief quotations, conversations, and anecdotes from the life of Confucius, the Analects were not written by the master himself, but compiled by later generations of disciples. The Analects throw light on people, concrete situations, and above all, the exemplary model of Confucius himself. “Goodness” or “humanity”, “ritual” and “respect for one’s parents” were important. He might utter different, even contradictory, maxims. Since the Analects was compiled over several centuries, they include the changing opinions of the compilers.

Confucius set forth a core set of values; one was ritual which makes social life meaningful. We should strive to learn from historical figures of exemplary moral conduct.

A second recurrent concern in the Analects is Confucius’s attention to social roles. Humans owe each other “goodness” or “humanity”; empathy and reciprocal concern; mutual respect and obligation. There should be a balance between self and society.

A third concern is efficient action which helps maintain the other ideals. It is possible to harmonize one’s natural impulses with social norms and thus become an efficient, harmonious agent in society. The notion that the moral charisma of a sage ruler can be so powerful that there is no need to resort to lowly means of war and violence became the basis of the traditional Chinese view of rulership. Efficient thinking and speech were prized.

The Importance of Canonical Texts in Confucianism

Confucius and his followers, called Ru, or “traditionalist scholars,” considered the study of the ancient texts that contained the legacy of the Zhou as paramount to self-cultivation. Today hardly anybody believes that they were written or compiled by Confucius. These books became the curriculum in the first Chinese state university, founded in 124 B.C. For more than two millennia these texts were the backbone of the training of political and cultural elites throughout East Asia.